"Intelligent Magic" lives here. From magic "at the table" at the Magic Castle to trade shows, corporate events, weddings and strolling magic, Intelligent Magic entertains, amazes and delights. Steve Friedberg delivers the "moments of WOW!"
Call 484.550.2900
Who is Steve Friedberg?
Steve Friedberg is an internationally-recognized sleight-of-hand artist, who has amazed audiences worldwide.

Steve is one of a select group of close-up magicians. He's:

Combining exceptional skill with the ability to communicate with his audience…as well as a sly sense of humor, Steve engages, entertains and amazes his audiences. The result is fun for everyone.

A member of the International Brotherhood of Magicians and Academy of Magical Arts, Steve is allergic to the phrase, “take a card, any card.” He prefers working with cards, however, saying they’re easier to carry around in your pocket than a bunny. In addition, he notes, you can't shuffle bunnies.

Delivering the "moments of WOW"
Magic that happens right in front of you; no smoke, no mirrors

Close-up magic is the purest form of magic, with a history that stretches back thousands of years. You see (or don't see) the magic happening right before you. Years ago, a noted magician said, "people do not mind being fooled by a gentleman." Steve Friedberg is a gentleman who will delight you with magic that stays in your mind long after the event is over.

Steve at Hollywood's Magic Castle
Steve Friedberg has been featured as a headliner three times at the Magic Castle. It's a venue where the world's best are invited to perform. Take a few minutes and watch Steve deliver the "moments of WOW!"
Gallery
See it for yourself
See all photos
"Unforgettable!" "Amazing!" "Fantastic!"
What some recent clients say about their experience with Steve Friedberg

"Steve did strolling magic (card tricks) at our Wedding Cocktail Hour and he was an instant success. A lot of people came up to me during our wedding reception to let me know what a great idea to have the magician Steve at our wedding. They were very impressed with his tricks. He even did one for us and we loved it!"

"We recently had our holiday party and Steve was UNBELIEVABLE! He arrived an hour ahead of schedule and he went from table to table and did strolling magic tricks to keep our guests entertained and handed out souvenir playing cards with our company logo on them. He was extremely professional and we were blown away by his tricks! We will definitely hire him again for future events!"

"Steve helped out at my son's wedding and was absolutely fantastic. It was great watching him 'work the room' as he went table to table to keep them engaged and having fun. He did some signature magic just for the Bride & Groom that blew people away. HIGHLY recommend him."

"We hired Steve for our wedding reception. I had never hired a magician before so I was not sure what to expect. He was amazing. We had people from eight years old to eighty years old and he did a great job with everyone. From the first time I contacted him until I shook his hand when he was done he was professional polite and punctual. I would definitely recommend him to anyone who’s looking for a magician for an event."

"Steve did a great job with the corporate group we had on board the Spirit of Philadelphia. His tricks were interesting and personable. We definitely plan to recommend him to have him on the ship in the future!"

"Steve was our magician during our company holiday party and was the talk of the town afterward! Steve was very helpful ahead of the event and reached out several times to ensure that his tricks align with what we are expecting. He even customizes some of his tricks to tailor your event! During the event Steve was very friendly and executed each of his tricks perfectly, he also has quite the sense of humor! Steve is a very talented magician and captured the attention of all of our guests. It was a pleasure having Steve as the magician at our event and I would certainly ask him to come out at my next event."

“We are always amazed at Steve’s card tricks.  He has the WOW factor!  We have used Steve for two events and he never disappoints."

Our corporate clients
Frequently asked questions
What would you like to know?

Still have questions? We've got answers. Email us or give us a call.

The moments of wonder can be yours...
Call now Leave a message 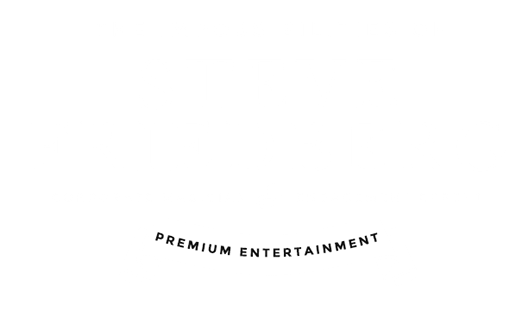